From the Seas to the Spotlight: Healing the Planet Will Take All of Us

A Story by Alanna Mitchell 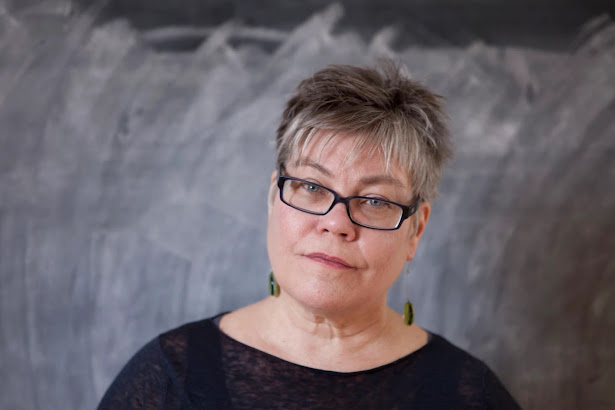 I remember the moment I let myself glimpse that I was deeply, intimately involved in the work of healing the planet. It was nearly two decades ago, as I sat down to write the first words of my first book, Dancing at the Dead Sea.

I had spent a year travelling the world as a journalist with Canada’s national newspaper, The Globe and Mail, as a self-styled earth sciences reporter. The stories from those adventures had garnered me a couple of international awards and a fellowship at Oxford University where I studied with the late Norman Myers. He was, I always reckoned, a Cassandra. He was one of the first scientists to flag our current extinction spasm, the looming tragedy of environmental refugees and the fact that so much of the planet’s biodiversity rests in a few small and precious hotspots. Hardly anyone believed him. Yet he kept going, a cranky soothsayer of the Anthropocene.

And as I sat down to begin crafting that first book, so much of which had been shaped by him, I panicked. I had written the newspaper stories in the conventional way: as a journalistic observer of the information. At a remove. As if I were not also a citizen of this planet and affected by all this information I was unearthing.

Should I write this book in the uninvolved third person, or the passionately involved first? Did I even have the right to write it in the first person, as one implicated in the story? A crisis of faith. I sat at my keyboard – tucked away in a corner of my bedroom in Toronto – and pressed capital I. The book was first-person. I was in.

Myers had already taught me that the real story was about the systems our species had set up – energy, food production, finance, governance. And that what was at stake was the life support systems of our planet: the marvellous dance of creatures, the hydrological cycle, the climate, the ocean. All the small stories added up to something far bigger than the sum of their parts. We need to be on the planet as if we mean to stay, he always used to tell me.

It was a small leap from that first book to a one-woman play. Well, philosophically, if not practically. I had already quit my newspaper job – “What part of ‘NO’ don’t you understand,” one of my editors barked at me shortly before I quit, when I asked once again to write stories about the changing sea – and spent three years on 13 journeys around the world with scientists to interrogate the state of the ocean. It turned into my second book, Sea Sick: The Global Ocean in Crisis.

Continue to read the rest of the story in CoSphere...

CHANS Lab Views by Kai Chan's lab is licensed under a Creative Commons Attribution-ShareAlike 4.0 International License.
Based on a work at https://chanslabviews.blogspot.com.
Posted by RUMI   at 5:42 PM

Email ThisBlogThis!Share to TwitterShare to FacebookShare to Pinterest
Labels: CoSphere