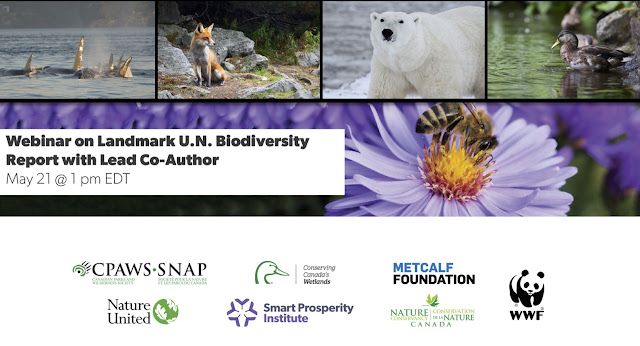 This Q & A first appeared on the Smart Prosperity Institute on June 5, 2019.

Recently, Dr. Chan held a webinar for hundreds of participants on his insights and experience. He discussed the report findings on biodiversity loss – its implications for Canada, and the solutions we need to embrace to transform our global financial and economic systems towards sustainability.

Due to the overwhelming response, not all submitted participant questions were able to be addressed in the allotted webinar time. SPI sat down with Dr. Chan afterwards to answer them: 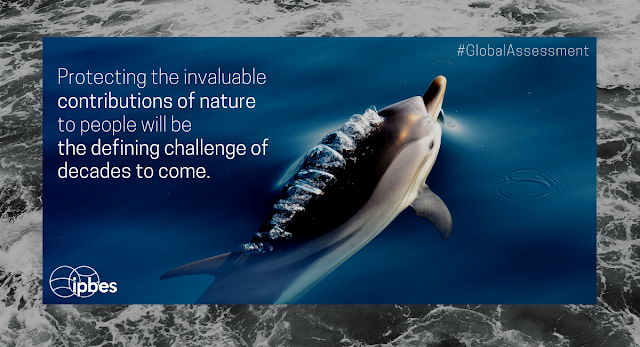 Can you speak to the role and responsibilities of Indigenous Peoples in the process? IPBES made a concerted effort to consider other ways of knowing and knowledge systems yet these solutions are very much acknowledging the capitalist approach. I understand the need for a new method to our capitalist approach to the environment but do you see a transformative change coming through other ways of knowing?

You’re absolutely correct. Throughout the Global Assessment process, IPBES put a lot of emphasis on Indigenous Peoples and local communities and other systems of knowledge. I didn’t go into this in detail during the webinar, but the fifth leverage point, “Practice justice and inclusion in conservation” is very much about including Indigenous Peoples and local communities in meaningful ways, including via co-governance agreements.

Furthermore, other ways of knowing are central to the eighth leverage point, “Promote education and knowledge generation and sharing”, where Indigenous and local knowledge are recognized as equally important (albeit different) to science. There is a great wealth of information about ecosystems in local and traditional knowledge and practices. 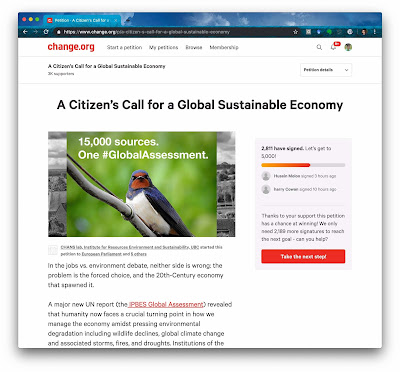 How do you operationalize these ambitious policies in governments that may be hostile? Can you speak more about the political will side of things and how your proposals can overcome political obstacles?

Some governments will indeed be hostile, and even those that are on board in principle probably won’t just jump on board and simply implement the changes we call for—unless they hear from their constituents that such changes are favoured. This is why I have put so much emphasis on the need for civic action and consumer action, including in this new commentary.

Following the release of the Global Assessment, we launched this Citizen’s call to action. It’s not the end, only the beginning, but intended to bring together folks who want real change, and to show our collective support to policymakers in many places.

As a petition for general structural changes, it won’t take off like petitions for individual tortured pets and wild animals, but perhaps it can gather steam with the help of folks like you sharing with friends and family with a personal explanation as to why you think this kind of change is needed.

How do we address the growing popularity of attacking science and the perception it is pushing an agenda at the costs of peoples’ rights or entitlement? How do you counter the deep pockets of industry that promotes “alternative facts” which are taken up as ‘gospel’ by the masses?

Attacks on science and the perpetuation of fake news are such damaging developments. I think there are two key answers: First, we need to explain science simply. People are skeptical of what they don’t understand, and it doesn’t help when many scientists react to the nervousness of speaking in public by cloaking themselves in a veil of expertise via technical—jargon-laden—language. Most people are capable of understanding the gist of most relevant science. We just need to do a better job of communicating accessibly.

Second, we need to engage the skeptics and their arguments. I know many folks say not to engage the trolls, but many of the folks who disagree are not monsters—they just see things differently. I have taken to engaging with them, respectfully but firmly (I cut it off as soon if they won’t be polite). Once I’ve responded as a human being, sometimes I need to explain that I’m not in it for the money or fame. I spent thousands of hours on the IPBES Global Assessment, as a volunteer, and the attention we’ve received is a pleasant surprise (not something I expected)!

Engaging with the arguments of skeptics—again clearly and accessibly—is essential. Otherwise, we are talking past each other, and most folks can’t make heads or tails of the truth because both sides may sound sensible and neither side addresses the other side’s claims. Growing out of the Citizen’s Call (above), this is something we’re now planning to do at a new initiative called CoSphere: make sense of complex, contentious issues in clear and simple terms. Armed with this information, people can act with confidence. 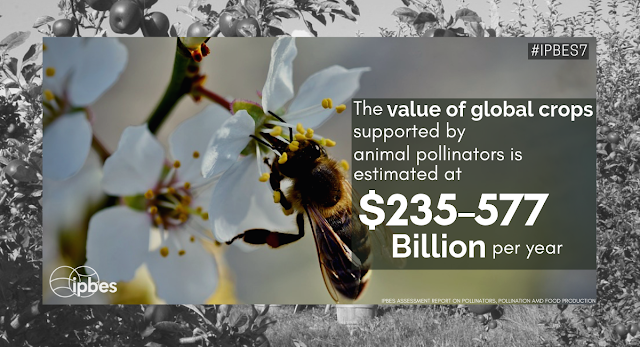 The citizen call and Global Sustainable Economy sounds a bit like a “voluntary biodiversity tax” on consumer goods/behaviors. Are you worried that it will be framed this way (given how controversial carbon taxes have been in places like Canada and the US)?

There’s a big difference between a voluntary fee and a tax. If a fee is voluntary (even if it’s opt-out), it generally doesn’t get framed as a tax—appropriately. The hope is that we can show that the fee is something that people will be willing to pay—first a minority of people, but then more and more as it becomes more socially normal. Once it is normal, resistance to it being made mandatory should be small. Rather, the majority is likely to demand that, so that the laggards can’t free-load on the rest. It’ll take a groundswell of pushing from folks like you to make it normal, but we believe in people. It’s just the right thing to do, to take responsibility for our environmental messes.

Regarding the 2020 biodiversity conference in Beijing, do you think there will be another set of changed Aichi Goals that the member nations should achieve by 2050? Or will the approach to biodiversity be different? Will CoSphere be proposed in this conference as well so that international bodies can implement this project?

I have been an eager participant in the Convention on Biological Diversity’s post-2020 process for a Global Biodiversity Framework, but I don’t feel ‘in the know’. I’m not sure whether there will be new goals, like the Aichi Targets. It would be great if a CoSphere-like program were on the table as a possibility, but I haven’t heard anything yet for that upcoming conference.

Understanding that this is a global issue that will require a global response, how can we ensure that the “calls to action” are focused on regionally specific actions plans? I ask because of the understanding that each ecosphere and bioregion of the earth has a unique set of growing conditions, which will require a different response to the challenges they face. For example, the “Project Beef” initiative--beef is such a regionally specific challenge. Here on Northern Great Plains, Native Prairie is critically endangered. If it wasn’t for beef grazing these grasslands (which need grazing to stay healthy) there would be even more pressure to convert the Native Prairie to other agricultural uses. So beef production is a key component of Grassland Conservation. However, in the Amazon rainforest, beef cattle production is a key driver for forest clearing, meaning that in that ecosphere, beef production is not sustainable. Point being, we need a global response that is regionally specific to ensure practices can be considered within the context of the region.

Bang on: we need a global response that is tailored for regional differences. This is a point we emphasized strongly in Chapter 5 of the Global Assessment, and it’s one that’s built into how we envision CoSphere working. The notion is that mitigation funding from individuals and organizations would get distributed through a series of regional participatory processes. These processes would include science as well as Indigenous and local knowledge to identify the pressures that are especially problematic in a given region, and the mitigation actions that are especially helpful and desirable, locally. 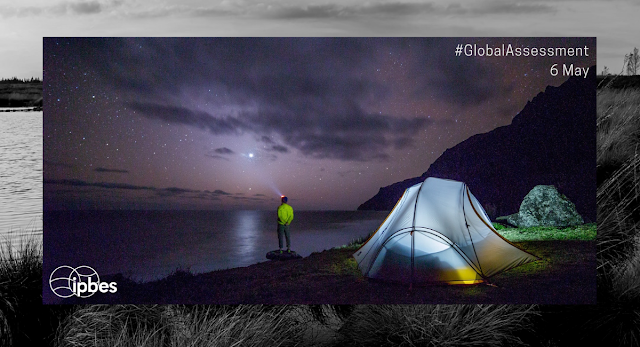 Bouncing back to the example you mentioned about compensating beef consumption, could you expand on voluntary compensation markets for ecological services other than carbon?

The idea is that we can mitigate the impacts associated with our purchase of beef by paying to help farmers and other stewards of the land do things that they often already want to do. E.g., beef production is associated with greenhouse gas emissions, soil loss, wildlife declines, and degradation of water quality. These impacts can be addressed at local or regional scales by paying farmers and others to stock at lower densities or rotate livestock sustainably, improve soil conservation practices, restore native grasses, and fence streams to keep cattle from degrading riparian vegetation. My group (CHANS Lab) has done a lot of work on the design of ‘incentive’ or stewardship programs, and how to make them effective, inclusive and sustainable.

Where does the traditional work of conservation fit in all this?

The traditional work of conservation (including NGOs, government agencies, etc.), protecting and restoring lands and waters, is absolutely fundamental. It is implicit throughout the pathways forward, including a Global Sustainable Economy and CoSphere. In the Assessment, we found—as so many other assessments have found—that we need to redouble our efforts.


But we also found that simply saying that wasn’t going to make it happen, and that we needed changes to the economy, politics and policies that make conservation and restoration normal, and that prevent the damage to nature before it even happens. The Global Sustainable Economy and CoSphere are intended to do just that, so that conservation and restoration are activities that all organizations and individuals eventually commit to do (or fund) at the scale of our impacts on nature.
Posted by aspenjo at 5:10 PM No comments: